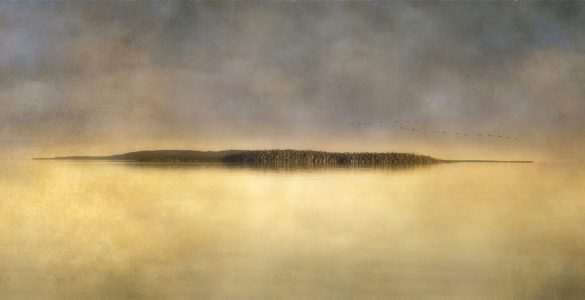 Migration, intersecting with the politics of austerity, remains one of the defining social and political issues of our times. It has been amplified in the UK by the debates around Brexit and has once more come to the fore in the light of restrictions placed on movement as a consequence of the Covid-19 pandemic. At the same time, images of refugees and asylum seekers continue to be used across Europe to stoke questions of legitimacy and related fears of white replacement, not just on the right, but also from figures ostensibly associated with the left.

The German movement, Aufstehen, for example, was set up to counter the message of the right-wing ‘Alternative for Germany’ (AfD) with what they call ‘Attrition for Germany’. This involves arguing, as Wolfgang Streeck does, against the use of national taxes to aid migrants and refugees – something that is presented by him as ‘morally obligatory expropriation’ – and to ‘barricade the remaining territory of the welfare state against the invaders’ (quoted in Slobodian and Callison 2019: 44). In this way, they replicate rather than counter the rhetoric of the AfD which sees an irreconcilable tension between what is presented as economic migration (invaders) and social welfare for citizens.

The fundamental assumption underlying such arguments is that the national patrimony available for distribution is precisely that – national. That is, it is wealth that has been generated through the activities of national citizens over time and whose use and distribution ought to be regulated for ‘the people’ properly understood, whose contributions and efforts it represents. This framing, as I have argued elsewhere, fails to acknowledge the wider colonial histories that produced appropriated wealth that is now represented as national and used as the excuse for further excluding broader populations from its redistribution.

The period of the pandemic has made obvious the extent to which European nations are empirically multicultural and, indeed, could not function without their ethnic minority citizens and migrant populations, both settled and temporary.

The period of the pandemic has made obvious the extent to which European nations are empirically multicultural and, indeed, could not function without their ethnic minority citizens and migrant populations, both settled and temporary. It is precisely these populations, across the continent, that are disproportionately carrying the burden of maintaining the health and lives of national populations under lockdown.

In the UK context, whether one looks at the National Health Service or at the key workers staffing supermarkets and corner shops, delivering food and other necessities, operating public transport, cleaning workplaces, collecting rubbish, and being chartered in to pick fruit and vegetables – these workers are disproportionately migrants, both from the EU and further afield, and ethnic minority British citizens. They are central to the very functioning of society and yet much political discourse is oriented around a politics of resentment and division that refuses to recognise them.

Across the political spectrum, then, scholars have been presenting arguments about the demise of the welfare state as a consequence of (racialized) migration. This is often further linked to the rise of a politics of recognition which, it is suggested, has contributed to the breakdown of the national and class solidarities necessary to the maintenance of social democracy. However, in his superb new book, A Modern Migration Theory, Peo Hansen systematically dismantles the idea that there is a trade-off between migration and the sustainability of the welfare state.

Using the insights of Modern Monetary Theory (MMT), Hansen demonstrates that there is no economic cost to migration that is borne by the host population. Indeed, he shows that the real-world consequence of Sweden’s response to the refugee crisis of 2015 was the opposite of what most politicians and scholars had predicted (and, which many still believe) – that spending on refugee integration was not a cost, but a means of investing in people, or real resources, and welfare, something which stimulated the economy. Instead of undermining the welfare state, it made welfare viable for the whole population – a political truth that takes on a new resonance in the light of the Covid19 pandemic.

For readers in the UK, it is well to reflect on the characteristics of a welfare regime in which such a ‘natural experiment’ to test a modern migration theory could occur. As Hansen shows, it is not a regime that is absent the rhetoric of austerity and a national politics of resentment. However, it is a welfare regime in which standards of welfare represent legal obligations where central government funding had to follow increased refugee reception and demand for goods and services. This underpinning guarantee for welfare is what is at issue. But it is what has enabled the demonstration that the negative fiscal consequences of spending on maintaining those guarantees has not arisen. Xenophobia may yet determine the future of welfare states in Europe, but the mask of austerity has slipped.

We are delighted to relaunch Discover Society: New Series with a symposium on Peo Hansen’s politically urgent book. An opening article by Hansen, setting out the key themes and ideas of his book, is followed by contributions addressing a variety of issues. Fiona Williams examines the inequalities of gender and care in the context of migration; Adrian Favell focuses on the implications of Hansen’s arguments in terms of where the problem lies in Europe; Maya Goodfellow brings in a consideration of the UK’s active construction of a hostile environment for migrants; Fadhel Kaboub uses Hansen’s arguments to think through debates around climate reparations and the green new deal; and Lucy Mayblin focuses on the asylum system itself.

A Modern Migration Theory reveals the xenophobic reality that is hidden beneath discourses of sound finance and claims of fragile solidarity alike. It has the potential to transform our understandings of modern migration and to open up the space for different political possibilities. The strength and vitality of the responses by the contributors to this symposium are testament to the importance and significance of what is being put forward.

We hope you enjoy the different contributions to the symposium.

Gurminder K Bhambra is Professor of Postcolonial and Decolonial Studies at the University of Sussex. She is a Fellow of the British Academy and co-editor of Discover Society. She is author of Connected Sociologies and the award-winning Rethinking Modernity: Postcolonialism and the Sociological Imagination. She is also co-editor of Decolonising the University and has a co-authored book forthcoming, Colonialism and Modern Social Theory.

TO CITE THIS ARTICLE: